He filed two sets of nominations to the returning officer Mr Sasibhusan Kumar, who is also Kadapa (YSR) District Collector, at the collectorate office here. Mr Jagan was accompanied by his mother Vijayalakshmi, who herself will file her papers tomorrow for the Pulivendula assembly constituency bypoll, and a large number of his supporters.

He offered prayers at the YSR ghat and later took out a huge rally to the collectorate office before filing his papers.

The bypolls were necessitated as Jagan and his mother Vijayalakshmi quit as MP and MLA from Kadapa Lok Sabha and Pulivendula Assembly segments, respectively after differences cropped up between the YSR family and Congress high command.

The counting of votes will take place on May 13. 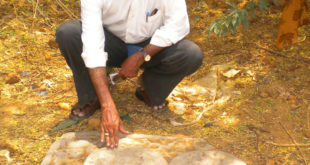