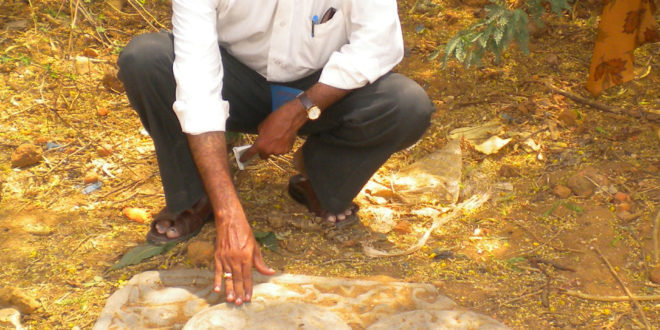 Two sets of Lord Goutama Buddha’s footprints found  in two different places nearby Pullur (Anjaneyakottalu) in khajipet mandal of kadapa district (YSR District) in Andhra Pradesh in India. These are discovered by Mr. Tavva Obul Reddy, a telugu short story writer and  honourary president of Telugu Saamajika samskritika sahityabhivriddhi samstha(Telugu social,cultural,literary development society), on 26 th May 2012 and this matter disclosed to media people in khajipet.  The foot prints with different sculptures were found on two rocks. These foot prints are worshipped one as a door of lord shiva’s temple and the another as Vishnu padas (feet) 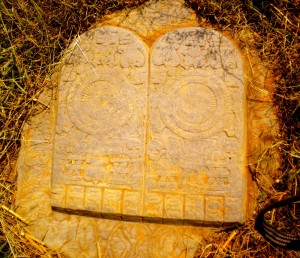 by local people. Pullur is a histarical village with around 2000 years history. Famous telugu romantic poet “Kavi Choudappa” was lived in this village five hundred years ago. Some more rock sculpture are there in this village and nearby irrigation tank. Sree Krishnadevaraya, Lord Venugopalaswamy sculture found in the tank and Veeragallus of different poses are found in the Anjaneya and Sai Baba temple campus of the village.