After he quit the Congress, Y.S. Jaganmohan Reddy’s activities have raised existential questions for the parent party in a state that matters to it more than perhaps any other. In this interview with Ch V.M. Krishnarao, the young leader says he is being guided by the hand of God.

YSR Congress Party president and Kadapa MP Y.S. Jaganmohan Reddy (40), who has become a thorn in the flesh of the Congress, his erstwhile party, is a contrary man. He loves being with the masses as his unending odarpu yatra (condolence visits) for the last 19 months shows.

Through this venture he has covered half the districts of Andhra Pradesh. But when he is not touring, he prefers to closet himself with select followers. No formal meets and speeches for him. He also stays away from the media, in the belief that this makes him enigmatic. For a media baron, he takes news reports criticising him a tad too emotionally.

Jagan, as he is popularly known, has been in the news for the last seven years, as son of the late Y.S. Rajasekhara Reddy, the chief minister who died in a helicopter crash two years ago, and as an industrialist growing super-fast, running media, cement, power and mining enterprises. Currently Jagan faces the most trying period of his life, with a CBI and ED investigation into charges of ill-gotten wealth running into hundreds of crores.

How do you assess your place in politics, and where do you think you are headed?

If there is one thing I have realised after my father’s death, it is that nothing is, frankly, in my control. Nothing that has happened to me after his death is according to any plan. If I had some strategy or plan, would I have had the CBI knocking on my door? I am being swept away by the tide of destiny. Everything that is happening in my life, I feel, is God’s will. How else do I explain the sweep of events in my life after my dad’s demise.

I have not done anything to trigger what’s been happening. I attribute the sea of people who support me wherever I go to God, and my father’s blessings. As for goals, I am not enamoured of any post; if destiny decides, if God permits, I will be chief minister one day.

Why did you leave the Congress? Whatever your father’s disagreements with the party, he stayed within it and fought his way to the top. Do you think you acted hastily?

Twenty days after my father’s death I visited the site of the crash, and I made a vow there that I would personally visit and console families of those who died of shock on hearing of his demise. The Congress Party took this promise of mine very lightly. I had the choice of accepting a Central ministry they offered and be insignificant, or live up to the promise I had made. I always do as my heart dictates.
I chose to honour my word as I did not aspire for any post. My mom and I quit the party quietly, did not engineer any split, and even counselled people who wanted to leave with us not to do so.

Your condolence visits, the odarpu, are still on but you seem to have stopped criticising Congress president Sonia Gandhi after your return from Delhi.

This is absolutely untrue. Anyone can watch CDs of my odarpu tour of Krishna district before the Delhi trip and after. There is no change in my attitude or in my speeches. I have been saying both Congress and Telugu Desam conspired to finish me off. I continue to say the same thing. And in none of my speeches have I ever hit anyone below the belt, be it Chandrababu Naidu or Mrs Gandhi.

Looking back, do you think projecting yourself as chief minister soon after your father’s death did you more damage than anything else?

I had lost my dad in such an unexpected, horrible accident, and was in such grief that I did not even know that this signature campaign was on. It was a conspiracy by some against me. I now hear from Chiranjeevi’s claims in the press that I had sent people over to him seeking his support! I did nothing of the sort, but all that is history now.

Will you consider a rapprochement or adjustment with the Congress Party? You have announced your support to the Congress-led UPA dispensation after the 2014 polls.

There are some efforts by Congressmen to pursue me to rejoin Congress, but I cannot do that. How can I? I will lose credibility and character. That is the whole strength of a real politician.

What I meant when I spoke of alliance with the UPA was in a given scenario after the next polls, if my party has 25 to 30 MPs. In these days of coalition politics, I would then get a better share in power, with key portfolios like agriculture and railways with which to do good for my state.

What was the outcome of your Delhi trip? You did not gain any support from political leaders?

That is not correct. I met leaders like Sharad Pawar, Mulayam Singh Yadav and a few others. In fact, Mulayam-ji told me his party will stall the Lok Sabha proceedings one day on the issue of CBI harassing me.

You always refer to God and your late father (wall hangings around him are of the Bible’s psalms).

I love God, he loves me. God’s influence is there behind every action of mine. I won by the highest margin of five and a half lakh votes in the present Lok Sabha, among 543 members. You know, more than 20 ministers of the state and the Centre campaigned against me, besides Chandrababu Naidu and his supporters. My well wishers said it was foolhardy to pit myself against such stalwarts, and I would not be able to sustain my party beyond a month! If not God’s grace, what was the reason behind my victory in Kadapa?

As far as my dad is concerned, the reception and response from the people of state was only because of him and his popularity. My dad was so popular even after his death.

You have denied any links with Gali Janardhana Reddy, but don’t you agree there used to be official patronage for him in your father’s time?

How can anybody expect a chief minister to check the mining activity near the state border. An all-party delegation was sent by my dad to Bellary. Except for Chandrababu Naidu, they all returned saying Janardhan Reddy was not doing anything illegal.

I do not understand why everyone asks me about this issue and about Janardhan Reddy. I have nothing to do with what he did. The matter is being investigated.

In the event of the division of the state, how do you rate your party’s chances? You did not have your odarpu tour in Telangana, except in Khammam district.

I have to complete Guntur and Chittoor. They may take at least three months. Then I will tour Telangana.

If there is a division of the state, where will you stand?

It’s a decision for the Centre. As far as my party’s influence in the election is concerned, I believe it will be the same in all the regions, regardless of division of the state.

Would you say voters see your dad in you, and they see his memory live on in you?

Even if I were not here, my dad would have been remembered like the great leaders of history who have lived on years after their death. He did so much for the poor.

Previous No way back for Jagan, says DL
Next Jagan stages protest against police ‘atrocity’ 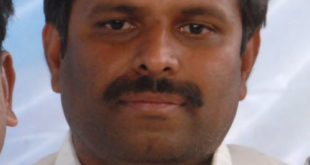 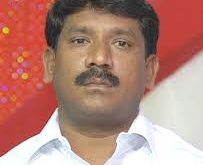