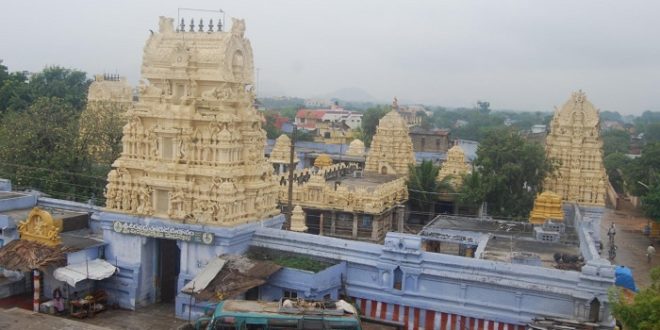 Rayachoti or Rayachoty (Telugu: రాయచోటి urdu: رائچوٹی) has a population of 72,196 (as per census 2001), is a municipality. The nearest railway station is Kalikiri on the Pakala-Dharmavaram line twenty-eight miles to the south. The distance to Kadapa on the north is thirty-three miles (48 KM), and Rajampet and Kadiri lie some thirty five miles east and west respectively. Rayachoti is thus situated in the very centre of the taluk.

Eight roads converge on the town and most of the surplus produce of the taluk finds its way to the weekly market which is held here every Sunday. Trade, which is largely used to be in the hands of Balijas, is chiefly carried on with Kadapa, Rajampet and Vempalle. Superior cloths are woven and embroidered by weavers of the ‘Sale’ caste (Togata) and sold locally. The town has no other industry of any importance.

There are a large number of Lingayats at Rayachoti (Rayachoty) and an important temple of Veerabhadra swami. It contains some old inscriptions recording grants to the temple by local chiefs at various periods. Some curious practices are observed in connection with the worship of this god.

Early in the morning of the day of the car festival a big ruby of the size of a nutmeg is placed between the two eyebrows of the god to represent the third eye of Siva. In front of the idol is placed a large heap of boiled rice so as to catch the first glance of the ruby eye at the rising of the sun. Till this is done the doors are shut and the people are prevented from entering lest they should be instantly killed by the fierce rays from the eye of Siva. The person who conducts the ceremony stands behind the idol, out of the range of the eye,, and remains there till the rite is over.

At another time of the year the god is taken out hunting. He is carried to a small mantapam half a mile from the town, and there placed on the ground. The place is said to be full of scorpions, but while the god takes his rest there his attendants can catch the scorpions and hold them without being stung though at other times they are as venomous as the rest of their tribe. In old Rayachoti near the river to the west of the town is a stone very conspicuously set up, with a Tamil inscription dated S.S. I155 which corresponds to A.D. 1233. It records a grant to a temple by a certain king, but none of the names given can be identified with any place in the vicinity. The king is called Nissankapratapa Raya, lord of Karkatapura.

Another inscription of the same date at Abbavaram, a village included in the Rayachoti constituency, mentions the name of another king, Thomba, who was ‘first ruling from Kalukatayapuram and then Marujavaduyandapuram his capital.’ It is probable that Karkatapura and Kalukatayapuram refer to the same place and it is possible that Thomba who ‘was first ruling’ there was expelled there from by Nissankapratapa who calls himself ‘lord of Karkatapura.’ It is not known to Rayachoti what dynasties these kings or chiefs belonged.

Rayachoti town has educational institutions to cater needs of all ages, starting from kinder Garten to PG. Rayachoti comprises of schools & colleges that can teach in both Telugu & English medium. It has a Teacher Training Institute[DIET] from British times. This is one of the oldest DIET in this region. In Rayachoty town, one Engineering college and one Government Polytechnic college existed for technical education.

Places to visit in the town : 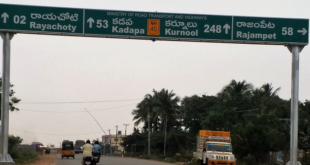