His health was deteoriating, according to doctors who attending on him.

Among his loyalists who participated in the fast camp are Congress MLAs Konda surekaha and Jayasudha and PRP MLA Ms Sobha Nagi Reddy.

Addressing the media, actor-turned politician and MLA Ms Jayasudha said the fees reimbursement issue should not be politicised and the government should settle the issue immediately. 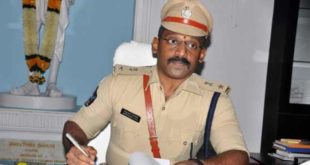