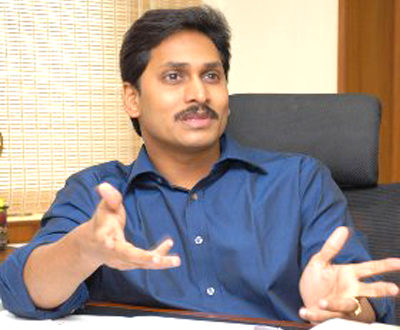 Thirty nine-year-old Yeduguri Sandinti Jagan Mohan Reddy has been in the limelight ever since his father and former Andhra Pradesh chief minister YSR Reddy died in a chopper crash. The Congress did not appoint Jagan Mohan as his successor which fuelled trouble for both the faction-ridden state Congress unit and the party high command with his defiant attitude.

From a businessman to a Lok Sabha MP from his family pocketborough of Kadapa, his rise has been meteoric – thanks to his father’s legacy and his popularity in Andhra Pradesh. His father’s supporters forced Jagan to take a plunge into active politics.

But the year 2012 is not proving to be a good year for Jagan as the Central Bureau of Investigation (CBI) has filed a chargesheet against him for allegedly building up a vast fortune by misusing the office of his father when he was the chief minister. Jagan has not yet been arrested. He is currently touring the West Godavari district ahead of assembly by-elections. A second chargesheet against him is also expected.

Since the time Jagan left the Congress and formed his own party – the YSR Congress, named after his famous father – troubles have been brewing for him. Reports surfaced of his business empire having alleged links with another wealthy politician Janardhana Reddy, who was arrested in connection with the illegal mining case. He was also questioned by the CBI on his links with Mr Reddy last year. Jagan has so far remained defiant, saying that the allegations are politically motivated.

Called ‘Jagan Anna’ by his followers, he drew crowds and used his powerful media – a 24-hour news channel and a mass circulation newspaper – to propagate his views and attack the then Rosaiah government that took charge after YSR’s death in September 2009.

A successful businessman who built a media empire in just five years, Jagan wanted instant results. He waited in silence until October 2009, when Sonia Gandhi said that she will decide the next chief minister of Andhra Pradesh. Soon after this, he started embarrassing the high command whenever he got a chance.

After getting ample hints that the Congress high command is in no mood to appoint him as YSR’s successor, Jagan undertook the controversial ‘Odarpu Yatra’ to console the families of those who died or allegedly committed suicide after hearing the news of the death of his father.

When he decided to tour the sensitive Telangana region, the high command asked him not to do so fearing backlash. But Jagan went ahead with the yatra and reached Mahabubnagar. When violence erupted there, he was forced to return to Hyderabad.

From then, Jagan was defiant and just met Congress chief Sonia Gandhi once after that. He defied her directives, went ahead with Odarpu Yatra in July 2010 and has been avoiding visiting Delhi since then.

In November 2010, his Sakshi channel launched an attack against Sonia Gandhi, Prime Minister Manmohan Singh and the Congress. The party had expressed strong disapproval of the TV programme but no action was taken against him.

As matters deteriorated between him and the Congress party high command, Jagan turned in his resignation on November 29, 2010. In February, 2011, he founded his own party, the YSR Congress. Sixteen of Jagan’s supporters even voted against the Andhra Pradesh government in December 2011 during a no-confidence vote over the issue of farmer suicide. The government, however, survived.

Jagan has had his fair share of controversies, even before entering politics. The allotment of 487 acres of land in March 2007 to Raghuram Cements, which had Jagan as one of its directors, was criticised by the Opposition parties.

Jagan topped a list of taxpayer politicians in 2009-10 and his assets last year totalled Rs. 365 crores.

The wealth amassed by the Reddys did not slip past the authorities and in July 2011, the Andhra Pradesh High Court ordered a preliminary inquiry by the CBI into the alleged amassing of wealth by Jagan.