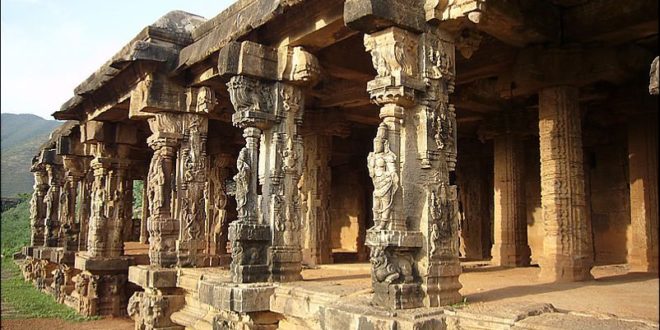 Kadapa (formerly Cuddapah) district was formed in the early nineteenth century (in the year 1808) during the British rule with Siddavatam as it’s head quareters, which was later shifted to Kadapa in 1812. Until 1808, Kadapa was a division under erstwhile Anantapur Collectorate. In the year 1858 Kambam, Koyilakuntla and Doopadu Taluks were seded to Kurnool district and subsequently Madanapalli and Vayalpadu were transfered to Chittoor district on it’s formation. Kadapa district with it’s present Geographical area is in existance since 1911.

Kadapa District has a glorious history and a rich cultural heritage. Kadapa had historical importance since BC era.It is identified as  a part of  Dandakaranya through which the Lord Rama and his consort Sita wandered during their exile. Once this district was called as Hiranya State. This place was under the rule of Pallavas, Telugu Cholas, Kakatiyas Vijayanagara kings and Nizam Nawabs.

Read :  Why bypoll is critical for the Congress?

It was connected with Mouryans in BC era and Sathavahanas in the third century AD. It was part of the area ceded to the British by Nizam. , thus it is one of the four ceded districts (Kadapa, Anantapuram, Kurnool and Chittoor), otherwise known as Rayalaseema, commemorating the name of Rayala, who ruled the area in 16th century. Gandikota fort located on the bank of Penna river was the citadel of Pemmasani Nayaks, commanders of Vijayanagar army and who won the battles of Raichur and Gulbarga for the Vijayanagar kings.

The district in its long history acquired composite culture.  The people are hard-working and very hospitable.  The population of the District consists of all important religious groups but the Hindus are in predominant number.    In addition to Islam, the district came under the influence of Jainism and Buddhism also   during different periods as Danavulapadu and Nandalur ancient sites suggest.  Huen Trang, Chinese traveler who traveled through the district in 7th century AD recorded the existence of Sangharams (Buddhist monasteries) and nirgantha heretics (Jain).  There is no authentic information available about the exact time of introduction of Islam into the district.  But it is certain that Muslims inhabited the district as early as fourteenth century.  Christianity was introduced into the district in the  first half of eighteenth century by the Jesuit mission.  Due to influence of different religions and beliefs, the people of the district acquired composite culture.