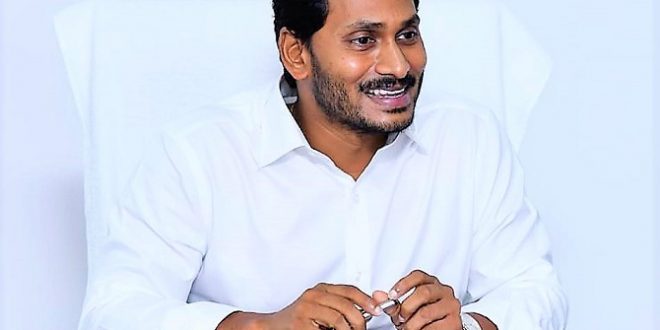 They directly drove to 10, Janpath, the official residence of Congress president Sonia Gandhi. They were tense. They were expecting a warm welcome at her house as Dr YSR had a close rapport with her and the late Rajiv Gandhi. But their hopes were shattered the moment they entered the colonial era building in which the UPA chairperson resides.

First, they were made to wait for 10-15 minutes. When they were ushered into the drawing room, a stern faced Sonia Gandhi welcomed them coldly.

After the exchange of pleasantries, without wasting any time, Sonia Gandhi came to the point. She told Vijayamma to instruct her son YS Jaganmohan Reddy to stop his “Odarpu” yatra with immediate effect.

After his father’s untimely death in a helicopter mishap in September 2009, YS Jagan had started the tour of Andhra Pradesh to visit the homes of the people who died after hearing the news of his father’s death. He was in the middle of his tour and Sonia Gandhi wanted him to end it.

A stunned mother tried to explain the reasons behind “Odarpu” Yatra, but to no avail. An enraged Sonia Gandhi got up from her chair and asked her to stop.

Shocked and humiliated, mother and daughter quietly left the then Congress president’s house and returned to Hyderabad.

But, they swore revenge. As they say in Rayalaseema, once the Reddy’s swear revenge against someone, they don’t rest until they realise it. Either they take the revenge or they destroy themselves in the process. Perhaps, Sonia Gandhi was not aware of that.

Jagan Reddy spent 18 months in prison in connection to a disproportionate assets case before being released on bail in September 2013.

When Jagan heard the news, he was incensed. He categorically told his family and close circles that he was going to quit the Congress to float his own party. He thundered that he would teach a lesson to ungrateful and cold Gandhi family by destroying the Congress in Andhra Pradesh.

After his father’s death, YS Jagan was hoping to replace him. Or he was eyeing at least the post of state Congress president. But, the coterie around Sonia Gandhi and Rahul Gandhi advised them not to entertain him. The Gandhis appointed an old family loyalist with no mass base K Rosaiah as the new chief minister of the state. The entire party, Cabinet and MLAs were with the YSR family.

Sensing an opportunity, TRS chief K Chandrashekar Rao who was almost decimated in the May 2009 elections came out of his self-imposed exile to give one final push to the Telangana movement. Under Rosaiah’s leadership, AP descended into chaos. The panicked Congress-led UPA government in New Delhi hurriedly agreed to divide AP without consulting its Andhra unit, mainly the YSR family which was against any such move.

In October 2010, the Congress high command replaced Rosaiah with a much weaker chief minister, N Kiran Kumar Reddy. And it was the end of road for Congress in the state, where it was a formidable force since Independence.

Jagan left the Congress and formed the YSR Congress Party. He quit as Kadapa MP and won the by-election by a record margin. This set off alarm bells in 10, Janpath.

Jagan was already a successful businessman with interests ranging from cement to media. He was running a dozen companies. In a disproportionate assets case, Jagan and several of his close associates were sent to jail and his family directly held Sonia Gandhi responsible for it. He was kept at Chanchalaguda prison in Hyderabad for 18 months before being released on bail in September 2013.

During his incarceration, his mother, sister and wife Bharathi Reddy held fort outside, saving both his political party and business interests.

Fearing the wrath of Gandhi family, most supporters started maintaining distance from the YSR family, whom they once worshipped.

In the words of Jagan, it was the hardest phase of his life.

When Jagan finally stepped out of jail, the political landscape of Andhra Pradesh had changed dramatically.

The creation of Telangana state was just a matter of time and his party was in shambles. And the Assembly and Parliament elections were just six months away.

Opposing the division of Telangana, Jagan fought a spirited battle, but lost narrowly to arch rival Chandrababu Naidu, who became the chief minister after 10 years in the opposition.

But without losing hope and confidence, Jagan restructured the party, took on Naidu again and maintained a good relationship with the Prime Minister Narendra Modi in New Delhi.

After realising that the way elections are fought in India has changed under Modi and Shah, the YSRCP chief started scouting for someone who could handle his campaign and strategy.

His eyes fell on Prashant Kishor of I-PAC. Kishor who had successfully handled the election campaign of Narendra Modi in 2014 and Nitish Kumar in 2015, was basking in the glory of his huge success.

When Jagan established contact with him through a journalist friend in New Delhi, Kishor was not enthusiastic to work for him. But Jagan insisted. After the disastrous results of UP Assembly elections in which he had handled the SP–Congress campaign, Kishor agreed to work for Jagan.

His I-PAC team landed in Hyderabad and set up an office in one of the buildings owned by Jagan. A team of over 100 worked for two years handling YSRCP’s campaign and strategy.

jagan walk
Jagan Reddy walked over 3,600 km across Andhra Pradesh to drum up support for his party ahead of the election.

Meanwhile, Jagan took out a foot march in AP to mobilise support. He walked 3,648 km through 13 districts of Andhra Pradesh in 341 days. It was a huge success and a masterstroke. During his march, he survived an attempt on his life at Vizag airport. Luckily the injury was minor.

A year before the elections, Chandrababu Naidu walked out of the NDA government in New Delhi accusing PM Modi of not being fair to Andhra and his party TDP. He joined hands with Congress and suffered a humiliating defeat in Telangana Assembly polls.

For the first time in two decades, TDP went to polls without an alliance. Ignoring his close aides’ advice to partner with cine star Pawan Kalyan’s Jana Sena, YS Jagan decided to go solo telling them that the people of Andhra Pradesh have decided to give him one chance. The voters did not disappoint him. He won big on May 23.

The scale of the victory was unimaginable. Even YS Jagan did not foresee this kind of a landslide for him. Speaking to News18, he said he was humbled by the mammoth win.

The 46-year-old is taking the reins of AP at a crucial juncture. The bifurcated state lacks resources and he has promised the moon to voters. The big challenge before him is delivering on his election promises and consolidating the hold by making the TDP irrelevant. He also has to make the new capital Amaravati a reality.

He firmly believes that he is capable of achieving it all.

In the last 10 years, Jagan has bounced back from near decimation to triumph and exacted the revenge from Gandhis he had sworn by making the Congress irrelevant in Andhra. Even though he maintains that he has forgiven the Gandhi family, his close associates call it divine justice. Some call it the curse of Andhra.