The lodes as well as the parting in between are narrow. A highly mechanised underground mine has been opened up using state of the art technology through three numbers of 9-degree Declines.

The central Decline has a belt conveyor meant for transport of ore and the other two are meant for movement of men and machineries. A processing plant based on alkali leaching under controlled temperature and pressure technology has been put under trial run..

Uranium is a chemical element with the symbol U and atomic number 92. It is a silvery-grey metal in the actinide series of the periodic table. A uranium atom has 92 protons and 92 electrons, of which 6 are valence electrons. Uranium is weakly radioactive because all isotopes of uranium are unstable; the half-lives of its naturally occurring isotopes range between 159,200 years and 4.5 billion years. The most common isotopes in natural uranium are uranium-238 (which has 146 neutrons and accounts for over 99% of uranium on Earth) and uranium-235 (which has 143 neutrons). Uranium has the highest atomic weight of the primordially occurring elements. Its density is about 70% higher than that of lead, and slightly lower than that of gold or tungsten. It occurs naturally in low concentrations of a few parts per million in soil, rock and water, and is commercially extracted from uranium-bearing minerals such as uraninite.[3]

The main use of uranium in the civilian sector is to fuel nuclear power plants. One kilogram of uranium-235 can theoretically produce about 20 terajoules of energy (2×1013 joules), assuming complete fission; as much energy as 1.5 million kilograms (1,500 tonnes) of coal.

The major application of uranium in the military sector is in high-density penetrators. This ammunition consists of depleted uranium (DU) alloyed with 1–2% other elements, such as titanium or molybdenum.[18] At high impact speed, the density, hardness, and pyrophoricity of the projectile enable the destruction of heavily armored targets. Tank armor and other removable vehicle armor can also be hardened with depleted uranium plates. The use of depleted uranium became politically and environmentally contentious after the use of such munitions by the US, UK and other countries during wars in the Persian Gulf and the Balkans raised questions concerning uranium compounds left in the soil (see Gulf War Syndrome).[15]

Depleted uranium is also used as a shielding material in some containers used to store and transport radioactive materials. While the metal itself is radioactive, its high density makes it more effective than lead in halting radiation from strong sources such as radium.[8] Other uses of depleted uranium include counterweights for aircraft control surfaces, as ballast for missile re-entry vehicles and as a shielding material.[9] Due to its high density, this material is found in inertial guidance systems and in gyroscopic compasses.[9] Depleted uranium is preferred over similarly dense metals due to its ability to be easily machined and cast as well as its relatively low cost.[19] The main risk of exposure to depleted uranium is chemical poisoning by uranium oxide rather than radioactivity (uranium being only a weak alpha emitter).

During the later stages of World War II, the entire Cold War, and to a lesser extent afterwards, uranium-235 has been used as the fissile explosive material to produce nuclear weapons. Initially, two major types of fission bombs were built: a relatively simple device that uses uranium-235 and a more complicated mechanism that uses plutonium-239 derived from uranium-238. Later, a much more complicated and far more powerful type of fission/fusion bomb (thermonuclear weapon) was built, that uses a plutonium-based device to cause a mixture of tritium and deuterium to undergo nuclear fusion. Such bombs are jacketed in a non-fissile (unenriched) uranium case, and they derive more than half their power from the fission of this material by fast neutrons from the nuclear fusion process.[20] 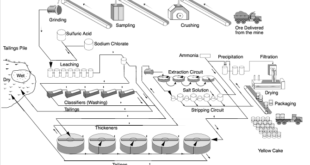 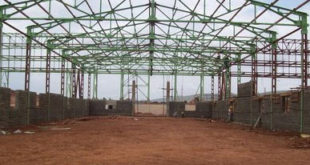