KADAPA: Brahmotsavams of the historical Sri Sowmyanatha Swamy temple on the banks of Bahuda river in Nandalur will be performed in Vaikhanasa Agama Sastra mode from July 18 to 27. Kalyanotsavam of Sri Sowmyanatha Swamy and his consorts Sridevi and Bhoodevi would be held at 10 a.m. on July 25, followed by ‘anna prasadam’, according to a statement from the temple committee.. .

The festivities will commence on July 18 morning with ‘abhishekam’ followed by Ankurarpanam that night. Dhwajarohanam will be performed on July 19 morning, Pallakiseva on July 20, 21 and 22. 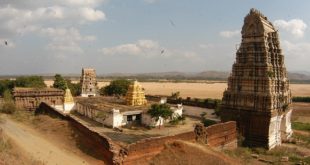 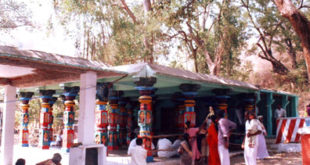 Kadapa: A Buddhist site comprising brick-built ‘stupas’ and ‘viharas’ has been found on a hillock, …

There is the temple of sri Thretheswara swamy in the form of a stone sivalingam. This temple is picturesquely situated on the bank of the river Bahuda (Cheyyeru) on a hillock with a beautiful Kalyana mantapanm (marriage hall) and gali gopuram (tower). The hillock is known as Thretachalam on account of the manifestation of Threteswara swamy.