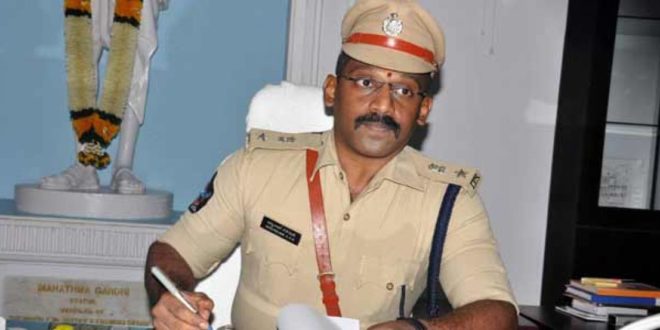 IPS Officer AnbuRajan took over as the new SP of YSR district (the native district of Chief Minister Y.S. Jagan Mohan Reddy) on Friday. Former SP Abhishek Mohanty has been off for a long vacation.

Speaking to media, announced to focus on the piled up pending cases and solve them on a priority basis. He said the department would rid Kadapa city of its infamous traffic snarls.

“In the Command Control Room, we are trying to prevent crime by using more advanced technology.” SP Said. He said he would not hesitate to take stringent action against those who are against the law be it sand smuggling, Matka and other illegal activities. “Full-scale review of the Vivekananda Reddy murder case will be conducted, and details will be revealed soon.” SP asserted.