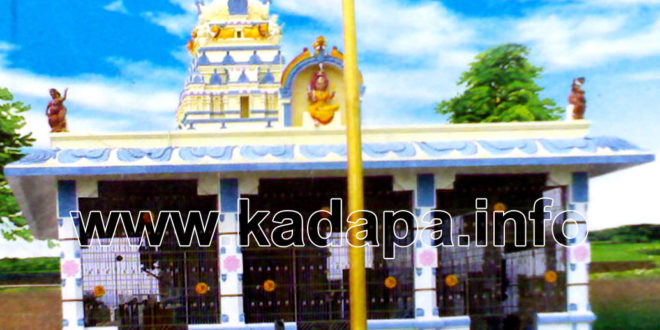 The total population of the village is about one thousand and it is made up of following communities: Caste Hindus – Kapus (Reddy), Balija, Yadava, Eediga, Vadde, Chakali (Washermen), Mangali (barber); and scheduled castes – Madiga,Mala. Balijas , Edigas and Vaddes are in majority. The chief means of livelihood of the people are agriculture, agricultural labour and other traditional occupations.

Gangamma Jaatara is celebrated annually. The temple plot was once a jungle. Peramvandlu the residence of Anantapuram, were reported to have cut and heaped of the thorny bush and placed a black stone to keep it in position. The next day they went with bullock cart to bring it from the hedge. But they could not lift the heap. Meanwhile a man possessed of the deity Gangamma revealed her existence and her determination to get established there and wanted a temple to be constructed. A temple, wells and choultries were built.

From that time onwards Gangamma Jaatara is celebrated from Magha bahula Amavasya to Phalguna Sudha Vidhiya (Feb – March) for three days. Wells and Koneru (Pond) are repaired and temporary lavatories constructed a week in advance of the festival. Bonams and coconuts are offered to the deity. Animals and fowls are sacrificed. Devotees observe Jaagaram (keeping away through out the night) on Phalguna sudha Padyami.

Procession image is brought from ‘Kurnootala’, 4 miles to this village. Kapus are patrons. It is celebrated for the past 300 years and widely known. Nearly 3 lakhs Hindus, local and from Anantapur, Chittur and Kadapa districts congregate. Priest is a Yadava of Chellu family. Prasadam is distributed to all. There are chaoultries and hotels. The Shadi trees afford good shelter to the vistors. A dispensary is open to look after the health of the visitors.

One has to get down at Kadapa/Tirupati Railway station and has to reach by bus/ private transportation.