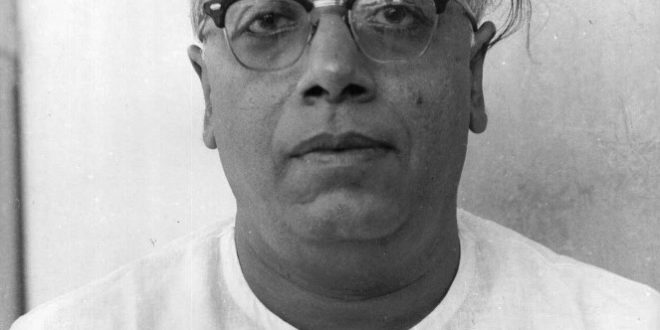 Padmabhushan Dr. Bommireddy Narasimha Reddy, popularly known as ‘BN Reddy’ holds a special place in the history of Telugu Cinema. He is the director who balances artistic values and business needs in the right proportion. A commemorative postal stamp on  BN Reddy was released by the Department of Posts, Government of India on the occasion of the Centenary Celebrations of Dr. B.N. Reddy, a doyen of Telugu Film Industry. He made classic films like Vande Mataram (1939), Swargaseema (1945) and Malleswari (1951). He is the first person from South India to receive the ‘Dadasaheb Phalke Award’ in 1975. He was honoured with Padmabhushan in 1974.”

BommiReddy Narasimha Reddy was born on November 19, 1908, in a village (Yeddulayyagari Kothapalli) in Pulivendula Taluk of Kadapa district. His father, Narasimha Reddy, was a prosperous farmer. BN went to school in a small town – Produttur, and later moved to a school in Madras. He joined Pachaiyappa’s college but left without graduating. Soon he joined an auditing and accountancy course and worked as an apprentice in a well known auditing firm.

Even as a student he was interested in Telugu theatre and involved himself in its activities along with the CAMS (Chennapuri Andhra Maha Sabha). This association staged Telugu plays at the well known Victoria Public Hall and he acted in them. His love for stage took him to Calcutta where he watched Bengali plays and cinema. Later he promoted a printing press, BNK Press, which soon led him to the world of cinema thanks to the influence of rebel filmmaker Gudavalli Ramabramham.

Thus it all began… BN, as he was familiarly known, was a celluloid poet whose ideas and creative concepts were sublime. A man of fine taste, he invested in his films a poetic touch. He sincerely believed that movies should never be mere business. “Cinema is part of Fine Arts, nothing more and nothing less,” he said.

Like a true poet, he believed one’s mood created quality in films. On many occasions, he stopped shooting because he was not in the mood. His involvement was total and he expected the same from his actors and those around him. He insisted on the right expression, proper voice modulation and more. Sometimes he made his heroines cry without glycerine!

During the shooting of ‘Sumangali,’ in the ‘Vastaadey… maa… baava…’ song sequence he made heroine Malathi do the scene of throwing a winnow and entering the house while singing, in a single shot. Even after 20 takes she did not get it right and burst into tears. BN snapped, “If anybody should weep it is I for it is my money!”

He was a connoisseur of dance and traditional Andhra folk art. In his films, music (of the classical variety) played a great role, and he insisted that Carnatic ragas should be used while composing tunes. He introduced traditional folk dances in movies such as ‘Malleeswari’ and ‘Sumangali.’ He loved Hollywood cinema and western literature and drew inspiration from them which is evident in ‘Swargaseema’ (inspired by ‘Blood and Sand’), a hit.

Read :  Student immolates self over arrest of Viveka

‘Bangaru Papa’, which became a classic, was based on George Eliot’s novel, ‘Silas Marner.’ After ‘Swargaseema,’ BN did not make a film for six years. Provoked by S.S. Vasan’s comment that one could not make big movies without one’s own studio, BN spent five years constructing Vauhini, in Kodambakkam. Then destiny played a trick, and his brother Nagi Reddy and colleague Chakrapani took over the studio. He considered this the second great tragedy of his life, the first being the death of his only daughter. In a career that spanned over 30 years, BN made only 11 films. He had enough financial resources to make a movie every year, but he never believed in numbers. He waited for the right story material or the right mood. He took a long time to develop his screenplays, revising them constantly. He put his artistes through rigorous and long pre-shooting rehearsals, a practice that has vanished. His first film ‘Vande Mataram’ was a major hit and established Chittoor V. Nagaiah as a brilliant actor and star. Earlier he was involved in the scripting and production of the 1938 hit, ‘Grihalakshmi,’ which marked the debut of Nagaiah in a supporting role. The film was directed by H.M. Reddy under the Rohini Pictures banner. But the successes brought with it differences of opinion and BN turned his attention to promoting Vahini Pictures, which would create history in Telugu cinema.

Reddy’s ‘Sumangali,’ dealing with early widowhood and its problems, came to be hailed as a classic but failed at the box office. ‘Devatha,’ on pre-marital pregnancy, was a huge hit. ‘Malleeswari,’ a slice of the Vijayanagaram empire-Krishnadevaraya saga somewhat fictionalised, was his masterpiece of which he was immensely proud. With N. T. Rama Rao and Bhanumathi in the lead roles, this film was a celluloid poem with soul-filling music, fine performances, brilliant onscreen narration and technical gloss.

‘Rajamakutam,’ a folklore made in Telugu and Tamil, was a different genre for BN. While he produced most of his own movies, he made two films under other banners, ‘Bhagyarekha’ and ‘Poojaphalam.’ He made his last movie, ‘Bangaru Panjaram,’ in 1968. He had plans, but realized that the situation in the cinema world had changed for the worse. Business had taken over art. A few weeks before he passed away in November 1977, he told this writer, “If I had started my career now I am sure I would not have made even a single film. I would have gone back to auditing.” That was B. N. Reddy.